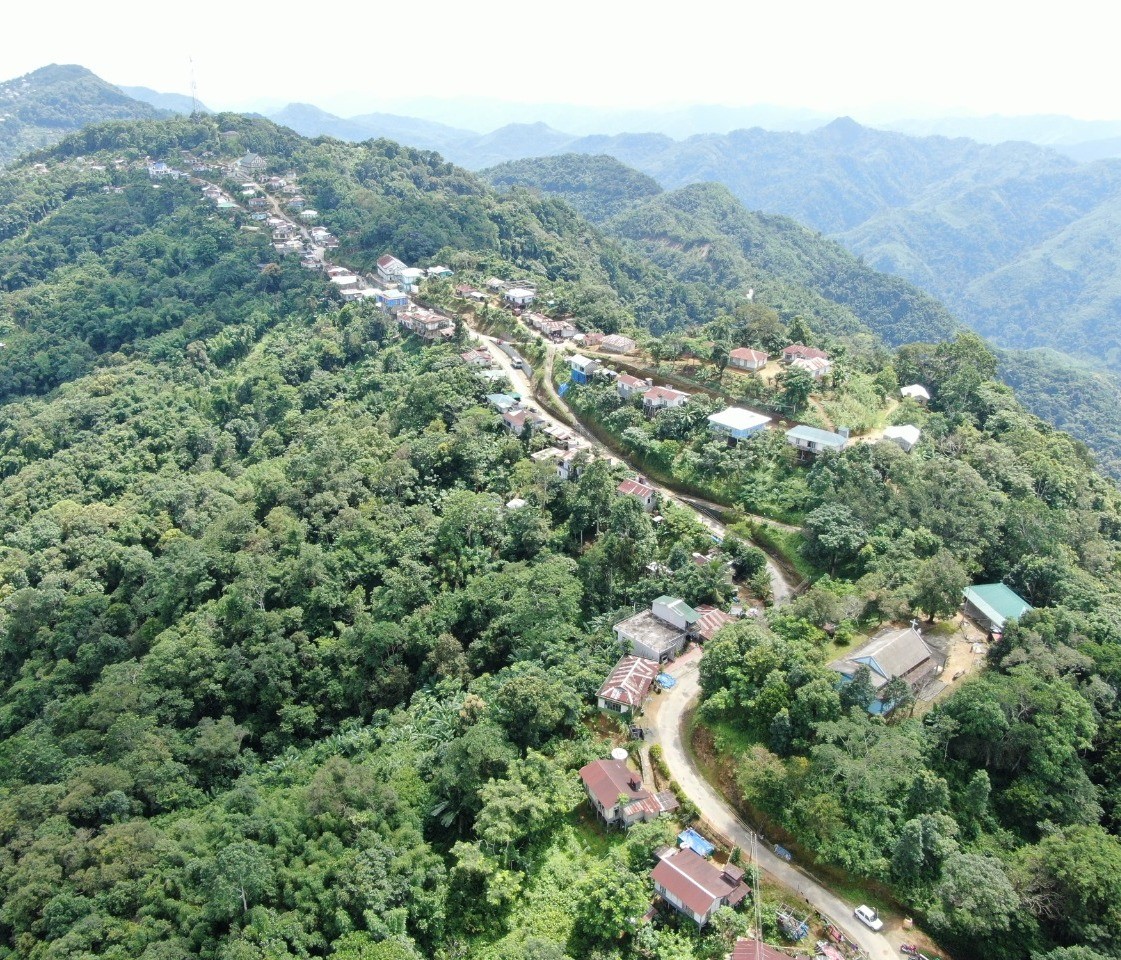 Overview of Maubuang Village
South Maubuang Village is a village within Aibawk RD Block of Aizawl District which is the capital district of the state of Mizoram. It is located at 23.49 to the north and 92.71 to the east and at an altitude of 875m. The Tropic of Cancer passes through this village. It takes an hour and a half ride from Aizawl city. The village has a population of 649 nos., out of which 318 are males and 331 are females. It has 116 numbers of households.
Faecal Sludge Management at HH level :
In 2015, two (2) individual households were constructed by the Swachh Bharat Mission (Gramin), and in 2017, six (6) individual households were repaired from the Swachh Bharat Kosh. Also, during 2020-2021, 17 single pit toilets were retrofitted and being transformed into a twin pit toilets, this was met from the World Bank Incentive Funds. And today, all households were now having a healthy and fully functioned toilets.

Faecal Sludge Management at Institutional level
There are three schools and two Anganwadis in the village, Government Primary School, Government Middle School, Government High School, Anganwadi Centre I and Anganwadi Centre II. Apart from this there is one Community Hall, One BNRGSK Hall and one Panchayat Bhawan. It also has two churches and one sub health centre. All this institutions has a good arrangements for toilets and all schools has a separate toilets for boys and girls. Community Sanitary Complex were also constructed near Community Hall.

Visual Cleanliness
All roads and all public places are free from plastic waste, cigarette buds and other debris. There is zero stagnant water in the village, the village has been practicing a habit of maintaining their respective campus clean and free from waste. Public dust bins were hanged all through the village roads at around 30m intervals. Different NGO’s such as Young Mizo Association, Mizo Hmeichhe Insuihkhawm Pawl, Mizoram Upa Pawl and school students used to held a mass cleaning event of public places voluntarily on a regular basis.

Solid Waste Management
a) Biodegradable
Maubuang Village was awarded the National Panchayat Award 2021, they have received a total prize money of Rs. 5 lakh. This prize money were used by the Village Council for the improvement of Solid Waste Management for each household. A cash of Rs. 700 were distributed to every households which were used to excavate a burrow near their respective house for compost pit. Hence, 98% of the total HH’s have an arrangement for biodegradable waste materials. Apart from this , Community Compost Pits were also constructed from the MGNREGS Fund at different institutions and schools.

b) Plastic Waste Management :
Apart from the biodegradable waste which were disposed at individual compost pit, plastic waste were segregated at HH level which were further collected at Plastic Collection Centre which is constructed from Swachh Bharat Mission (Gramin). When the Plastic collection Centre was fully filled, arrangements were made by the WATSAN Committee of the village inorder to transport the plastic waste collected to the Plastic Resource Management Centre implemented at Aibawk village which is around 7 kms from the village.

ODF PLUS IEC MESSAGES
Wall Paintings and Hoardings were put up at different locations all through the villages. The Village Council has also painted from their own expenditure at certain locations in the villages